The Best Jesus Movies You Need to Watch Today

The Best Jesus Movies (and What to Keep in Mind)

Let’s face it: movies about Jesus are kind of a mixed bag. The best Jesus movies either come out a cheesy mess (take your pick of pretty much any modern “faith-based” movie) or they’re made by Hollywood types with no fidelity to the Bible (e.g. those unwatchable abominations The Last Temptation of Christ, Noah, and Exodus: Gods and Kings). Any of the best Jesus movies about Jesus are inevitably going to contain some departures from Scripture, and it should go without saying that none of this is an adequate substitute for actually spending time in the Word. But with that said, here are a few recommendations ranked in no particular order. 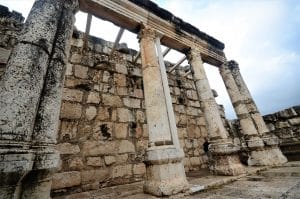 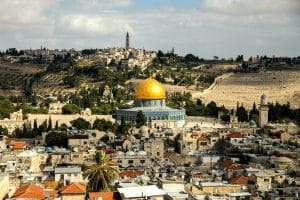 Here’s a left-field option that you might not have seen before. 1979’s The Jesus Film is a skillfully produced, relatively straightforward account of Jesus’ life and ministry according to the Gospels. It’s been viewed over 6 billion times, and to this day holds the distinction of being the most translated film in history, dubbed into over 1000 languages. That’s right, dubbed. They went all out on this one, not merely settling for subtitles. I first encountered this one as a kid, re-watching my grandma’s dusty old VHS copy in amazement at the production design, and at the fact that a whole cast of voice actors re-recorded the dialogue and narration in her relatively obscure African language. It’s one of the most widely seen films you’ve probably never heard of. More importantly, it doesn’t feel the need to sensationalize the story of Jesus or resort to empty provocation (looking at you, The Last Temptation of Christ). 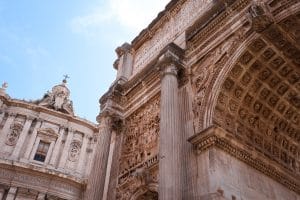 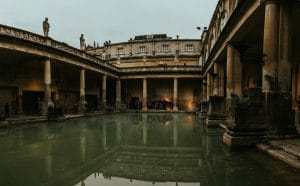 This is the one you’ve definitely heard of. If not, here’s a brief primer: 2004’s The Passion of the Christ is Mel Gibson’s rendition of the final hours leading up to Jesus’ crucifixion. The passion displayed ranks it high on the best Jesus movies of all time. The title comes from the original Latin meaning of “passio” (“suffering”). It starts off with a heart-wrenching scene in which Jesus prays earnestly to be relieved of the burden of his duty, blood and sweat dripping off his brow. That’s just the opening scene. The movie only gets more intense from there: we see Christ arrested, dragged before the Sanhedrin and the Roman authorities, and accused of all manner of crimes for which he was nowhere near guilty. The disciples flee in fear, and Jesus is left all alone to carry out the will of the Father.

What sets this story apart from other films about Jesus is the sheer brutality of its approach. Jesus’s beating, whipping and crucifixion are rendered in graphic detail. I’ve seen plenty of Bible-based movies, but none that were so shocking and, frankly, difficult to sit through at times…and that’s precisely the point. The violence sparked controversy at the time, but it has a purpose: Christians wear cross pendants and pray to Jesus, but have we ever stopped to consider the unbelievable pain that the savior endured? The betrayal of being sold out for silver by someone he considered a brother? The humiliation of being traded in favor of a murderer like Barabbas? The acting is on point, the cinematography is atmospheric and eerie at times (the Garden of Gethsemane sequence in particular is a highlight) and the emphasis on Jesus’ sacrifice forces us to consider, with a heart of gratitude, the visceral pain he had to endure for our sake. 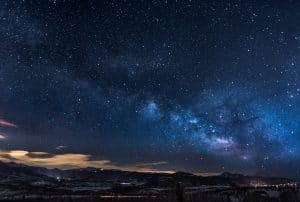 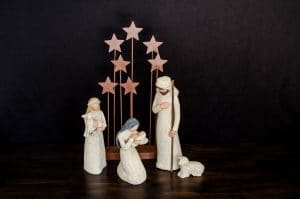 You can think of this one as a prequel of sorts to The Passion of the Christ. Though very different in tone among the best Jesus movies, The Nativity Story is a pleasant, heart-warming retelling of Mary and Joseph’s story. We witness their growth as individuals, and their budding romance as they learn to love each other and obey the Lord.

Initially, Mary isn’t too psyched about her engagement to Joseph, but he proves himself compassionate, capable and selfless. They warm up to each other and grow together in faith, learning to place their trust in God’s plans. When archangel Gabriel visits Mary, she agrees to the duty in which God entrusted to her, even though she claims to be nothing and no one. When Gabriel also speaks to Joseph about the duty to which Mary has agreed, Joseph learns to place his faith in God, regardless of what others have to say. In both cases we see two humble people—uncertain of their path and of each other—blossom together in faith and love. We see the awkwardness of Mary and Joseph having to describe something that cannot be explained in earthly terms. And we witness the challenges of their journey to Bethlehem (and eventually to Egypt) in fulfilling God’s plan.

The movie has some fictionalized elements but it’s mostly faithful to the biblical account, and it doesn’t equivocate or pull punches regarding Jesus’ eventual role as the savior and king of kings. It’s not exactly a grand big-budget spectacle, but that approach wouldn’t be appropriate to the story anyway. It’s a modestly-scaled love story about two people who grow in their devotion to each other, and in their service and duty to the Lord. Though forced to travel to Bethlehem by government decree, we’re reminded of how all these events were ultimately part of God’s plan to fulfill prophecy. It’s an excellent reminder of how God’s work of fulfilling prophecy comes to pass in the most unexpected ways, and through the most humble vessels. 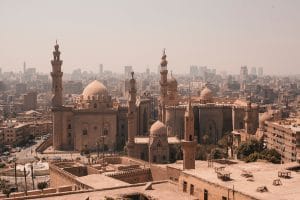 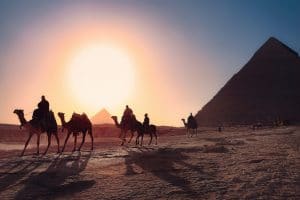 Okay, this one’s a bit of a cheat. It’s not technically about Jesus. Actually, it’s not even set in the same time period. Why put it on our list of best Jesus movies, you may ask? In our opinion, as long as we’re talking about biblical movies, it would be a travesty not to pull an honorable mention for The Prince of Egypt.

It tells the story of Moses from his birth up to the exodus from Egypt. When Pharaoh (concerned about the growing number of Hebrews) decrees that all Hebrew male infants are to be killed, Moses’ mother places him in a basket and sends him down the Nile. Baby Moses is rescued by Pharaoh’s wife and brought up alongside Rameses as brothers. Sheltered from the slavery and suffering inflicted on the Israelites, Moses lives a life of privilege that’s suddenly stripped away when he’s forced to flee to the desert. There, he encounters God and is given a duty: leading the Israelites out of bondage and into the Promised Land. Moses’ journey—not unlike Jesus, Mary and many others to whom God entrusted responsibilities—heeds God’s instructions, even at great personal expense. Moses is forced to leave behind his life of comfort and follow God’s will, with no earthly clue of how it’ll happen. Nevertheless, he trusts God and places his faith in the Lord’s plans.

Simply put, this is an extraordinary work of art. The fraying bond between Moses and Rameses—though absent from Scripture—is explored in a compelling and heartbreaking depiction of what it’s like when you and a loved one’s paths diverge in wildly different directions. Rameses tries to entice him to stay behind and live in palatial luxury, but Moses has a divine mission to carry out. The story is gripping, the character designs are distinctive and expressive, and the landscapes are visually lush. This one came out in 1998, landing right at the tail end of the 90s animation renaissance, so it unfortunately wound up lost in the noise of Disney’s dominance. There’s no doubt that if Disney had been the ones to produce this, it would have become a cultural touchstone rather than a modest success. And that’s a shame, because it’s a brilliantly rendered story about growing apart from the things of the world so that one can grow closer to God.

If you’re looking for a dramatically compelling story about what it means to leave the past behind and walk a life of faith in duty to the Lord, give this one a look. As with many of the best Jesus movies, we may not be able to discern God’s will or understand every aspect of the path laid before us, but when we’re given a duty, we are to put our trust in Him and walk the narrow road (Matthew 7:14).

Let’s be clear, none of these (or any other Bible-based movie) are suitable replacements for the edification of spending time in the Word. John 1:1-4 tells us that God, His Word and eternal life are one and the same, so if we truly wish to have heaven and eternal life, we cannot neglect the Word or know it in bits and pieces. That would be like adding and subtracting to the Word, which is a huge no-no (Deuteronomy 4:2).

PrevPreviousDays of Creation
NextHow Many Promises In The Bible?Next
Scroll Up