Do You Know the Promises to Abraham from God? 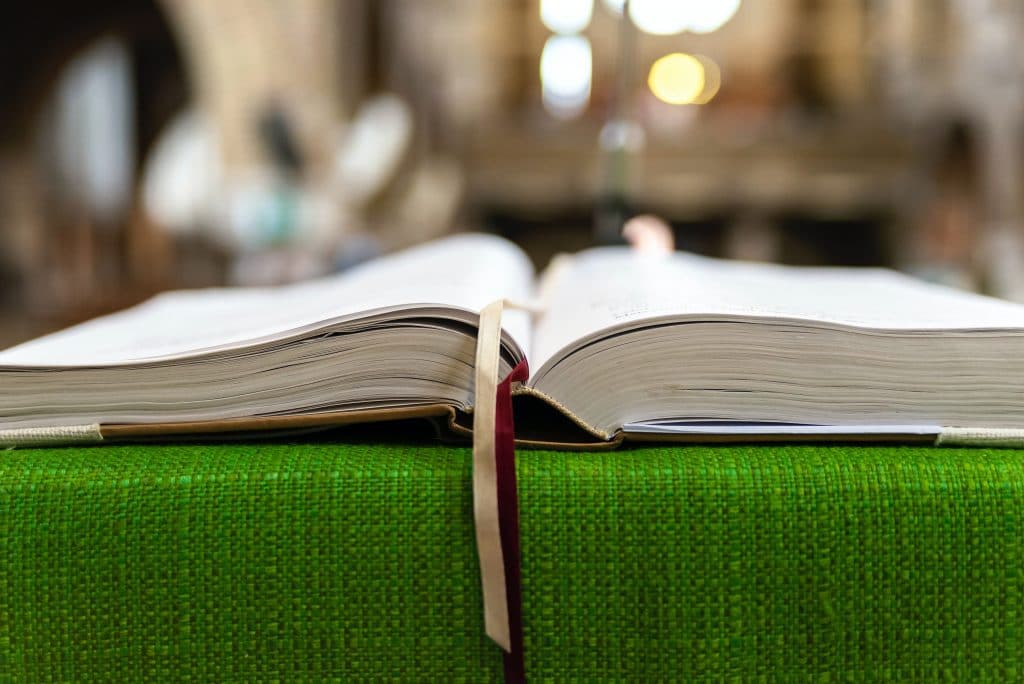 The Concept of Promises

There are many things that can influence the human mind and hence the way our actions, thoughts, and words are carried out due to that impact, but one concept in particular that plays a role are promises. Promises are not easy for a reason because it involves taking a vulnerable step to trust an individual in conveying thoughts that hold value and importance within that individual. This is why when a promise is broken, an individual’s relationship or integrity can suffer. One solution that can be carried out for there to be a fruition in giving a promise is for both parties to acknowledge and keep the given promise.

This is something to keep in mind because the story of the Bible consists of accounts in which God gives promises to individuals, whether or not they keep it, and the result of doing either or.

Some examples of prominent characters that can come to mind in examining the Bible with whom God has given a promise to are those such as Adam, Noah, Abraham, Moses, to the kings and prophets in the Old Testament, to even characters such as Jesus, the 12 disciples, and Apostle Paul in the New Testament to name a few. A commonality these individuals share is that not only were they given a promise or covenant, but that they were those called by God to carry out His work as well. One that will be focused on for today is a figure known to be the father of faith, Abraham.

In looking at the genealogy of Abraham as found in Genesis 11:10-32, Abraham, first called Abram, was the son of Terah who was a descendent of Noah’s son Shem, and was 70 years of age when he had him alongside Nahor and Haran. He worshiped other gods as seen in Joshua 24:2 as well. Terah wanted to take Abram, his wife Sarai, and Lot who was the son of Haran to Ur of the Chaldeans in order to go to Canaan but ended up settling in the land of Haran instead. This is where Abram received a calling from God to leave the town he was in to a place He would lead him to in which blessings can be given so with all of this in mind, Abram obeyed and left Haran at 75 years of age.

He traversed through different cities such as Shechem and places of proximity such as Bethel and Ai, to eventually Egypt as a famine occurred and later on to areas such as the Negev and Hebron to name a few. Despite the sudden request for Abram to have left all that he had from where he was from, God continued to watch over him and Abram became wealthy in livestock and treasures such as silver and gold and his cousin Lot was also able to care for livestock as well. Abram will continue on to even help Lot such as saving his life despite eventually parting and claiming different lands to continue to care for their livestock. All in all, the trend of Abram being obedient will eventually lead to God giving him promises.

What did God Promise Abraham?

The Promise of a Son

4 Then the word of the Lord came to him: “This man will not be your heir, but a son who is your own flesh and blood will be your heir.” 5 He took him outside and said, “Look up at the sky and count the stars—if indeed you can count them.” Then he said to him, “So shall your offspring be.” [Gn 15:4-5]

19 Then God said, “Yes, but your wife Sarah will bear you a son, and you will call him Isaac. I will establish my covenant with him as an everlasting covenant for his

Sarai, Abram’s wife, was known to have been barren and in order to help Abram have children, their maidservant Hagar was used to help bear his children such as Ishmael when Abram was 86 years old. This would eventually lead to both women having issues with one another and some who would despise the other, but God gave a promise to Abram and Sarai that she will bear a child born of this promise despite the fact Abram would be 100 years of age at that time. Nonetheless, they obeyed and Isaac was soon born.

Abraham, the Father of Faith

Abram has had a track record of obeying the commands of God when given. It has been examined that in being asked to leave his home in Haran, Abram did so without knowing what to expect or where he would be led to. Furthermore, other examples that portray his faithfulness is taking the necessary action to bear Isaac despite Sarai and Abram’s old age and how barren Sarai was. His name was eventually changed into Abraham in now being told he would be the father of many nations, as well as changing Sarai’s name to Sarah to be the mother of nations where kings would come from her as well.

Lastly, to test Abram’s faith, he was told to take Isaac as a burnt offering despite him being the only son he had with Sarai. Nonetheless Abram went to do so early the next morning and in seeing his faithfulness, was told to not sacrifice Isaac anymore but that of a ram instead. Abraham didn’t doubt God and reasoned through the actions he was commanded to do knowing that God is one to fulfill His promises; one in which from his son Isaac, many will come. This is why Abraham is called the father of faith.

13 Then the Lord said to him, “Know for certain that for four hundred years your descendants will be strangers in a country not their own and that they will be enslaved and mistreated there. 14 But I will punish the nation they serve as slaves, and afterward they will come out with great possessions. 15 You, however, will go to your ancestors in peace and be buried at a good old age. 16 In the fourth generation your descendants will come back here, for the sin of the Amorites has not yet reached its full measure.” [Gn 15:13-16]

In recognizing that a promise has been made through Abraham in which many descendants will come from and attain blessings, a prophecy was given regarding what will happen in order to fulfill that very promise. There are about five key things to keep in mind from this promise which is the fact that his descendants will be strangers in a foreign land and will be enslaved, but God will punish those who will enslave them and allow them to come out with great possessions. It will take about four generations to fulfill as seen through its reality in Ex 1-12 through the events of the Israelites during Moses’ time about 500 years after Abraham.

10 This is my covenant with you and your descendants after you, the covenant you are to keep: Every male among you shall be circumcised. [Gn 17:10]

There were specific instructions as to how this type of circumcision was to be done. All males must be circumcised on the 8th day regardless if they were one’s own offspring or from the outside such as individuals who were purchased or were foreigners. If a male was uncircumcised, then he would be cut off from everyone for breaking the covenant. The overall purpose of this not only showed that one belonged to God, but to also serve as a sign of the covenant as well.

God Who Keeps His Promises

Although many promises were presented, God was able to fulfill each one that he gave which can be seen in the following:

Regardless of how old Abraham and Sarah were alongside the fact Sarah was barren, God fulfills his promise and gives them their son Isaac [Gn 21:1-2].  In looking at the line of Abraham, figures such as his Isaac, to one of his sons Jacob, to eventually his 12 sons which became the 12 tribes, the Israelites were growing greatly in number as well [Ex 1:6-7].

Due to the events of biblical history such as the famine which struck in the land of Canaan and Joseph’s assistance in helping Egypt prepare in advance due to the vision he was previously given, many streamed to Egypt for food including these Israelites. They became strangers in a country not their own as seen in Gn 15 because their homeland was Israel yet they are now here in Egypt. They settled and continued to grow to the point Pharaoh felt threatened by their great number and hence enslaved them ruthlessly. God heard the cries of His chosen people, the Iraelites and hence chose Moses to go to the Pharaoh and ask to let his people though. Given Pharaoh refused, God punished by sending the 10 plagues and after the last plague which killed the firstborns, the Israelites were freed and even acquired possessions such as silver, gold, and clothing [Ex 12: 35-36].

Furthermore at the time of Joshua and Caleb, they were able to finally reach the promised land of Canaan as well despite the struggle the first generation Israelites underwent in betraying God’s covenant [Nm 14:30].

What We Can Learn

All in all, through whatever difficulty that is presented, God entrusts His promise onto individuals such as Abraham. God makes these promises clear and takes care of those He makes it with but it must still be kept in a two-sided way. Those who obeyed God fully will receive blessings but on the contrary, those who do not will be judged instead. Abraham was one of many other figures who chose to obey, and today he is remembered as a father of faith we can aspire to

PrevPreviousHow Many Promises In The Bible?
NextDo You Know God’s Promises to Noah?Next
Scroll Up