What Does the Bible Say About Lying? 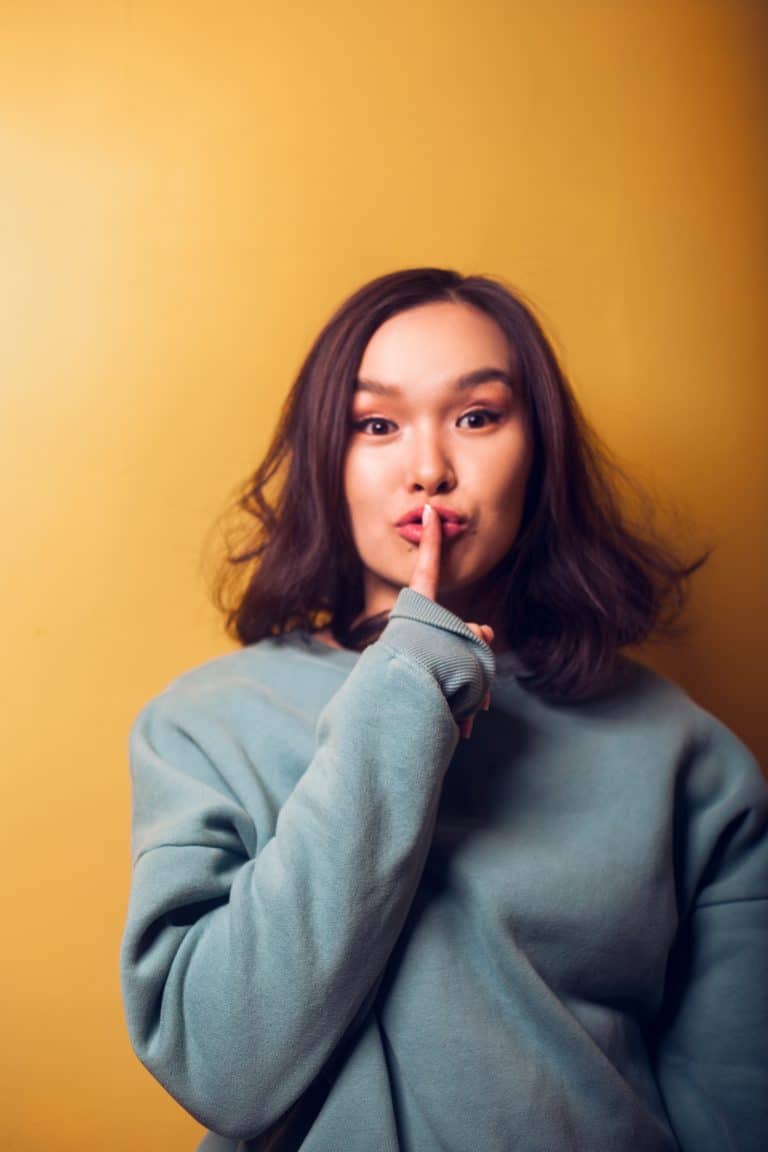 The first lie that most of us have probably told was, “I didn’t eat the cookie!” Shortly after we come to realize the power that comes with lies (getting away with almost anything) lying became a normal thing— a normal human thing. When asked about our days, without a thought, we can say, “I’m fine,” even if it wasn’t true. These white lies are relatively harmless, sometimes even the proper thing to say.

It is no uncommon thing, however, to argue that there are no such thing as harmless lies. Others argue otherwise. Then, what about what the Bible has to say about lying? Is it black and white, or is there a gray area?

Characters Who Lied in the Bible

There are many characters in the Bible who have lied. Some you might even be surprised at. Starting from Genesis, let’s take a look at a few examples.

Genesis 2:17 But you must not eat from the tree of the knowledge of good and evil, for when you eat of it you will surely die.

Genesis 3:4 “You will not surely die,” the serpent said to the woman.

Genesis 20:1-2 Now Abraham moved on from there into the region of the Negev and lived between Kadesh and Shur. For a while he stayed in Gerar, and there Abraham said of his wife Sarah, “She is my sister.” Then Abimelek king of Gerar sent for Sarah and took her.

Joshua 2:4-6 But the woman had taken the two men and hidden them. She said, “Yes, the men came to me, but I did not know where they had come from. At dusk, when it was time to close the city gate, they left. I don’t know which way they went. Go after them quickly. You may catch up with them.” (But she had taken them up to the rom and hidden them under the stalks of flax she had laid out on the roof.)

John 7:6-10 Therefore, Jesus told them, “My time is not yet here; for you any time will do. The world cannot hate you, but it hates me because I testify that its works are evil. You go to the festival. I am not going up to this festival, because my time has not yet fully come.” After he had said this, he stayed in Galilee. However, after his brothers had left for the festival, he went also not publicly, but in secret.

Lying Within the Bible

Proverbs 12:22 “The Lord detests lying lips, but He delights in people who are trustworthy.

Proverbs 30:6 Do not add to His words, or He will rebuke you and prove you a liar.

Proverbs 6:16-19 There are six things which the Lord hates, yes, seven which are an abomination to Him: Haughty eyes, a lying tongue, and hands that shed innocent blood, a head that devises wicked plans, feet that run rapidly to evil. A false witness who utters lies, and one who spreads strife among brothers.

Psalm 120:2 Deliver my soul, O Lord, from lying lips, from a deceitful tongue.

Colossians 3:9 Do not lie to one another, since you laid aside the old self with its evil practices

Psalms 5:6 You destroy those who speak falsehood; the Lord abhors the man of bloodshed and deceit.

Revelation 22:15 Outside are the dogs and the sorcerers and the immoral persons and the murderers and the idolaters, and everyone who loves and practices lying.

So, What's the Verdict?

Just by reading these verses, there seems to be inconsistencies. In scripture, there seems to be examples of different types of lies. The devil, whose lie led to the downfall of man and the genesis of death and suffering. Then there are other scenarios where the lies did not really result in the same severity, like Jesus telling his brothers that he would not go a festival but went anyway. So, is it perhaps acceptable to tell a lie as long as it doesn’t result in terrible things?

However, a quick read through the Psalms or proverbs seems to make it clear that lying should not be practiced. So then, are lies not acceptable no matter the results? With such stark contradictions, one could wonder what made the writers of the Bible put these books together.

But there is a reason why these verses and examples were included, and they’re actually not contradictory. To understand lies according to the Bible, let’s look at the definition of a lie which essentially means something that isn’t true. A lie is the antonym of truth.

The Bible sets the standard of truth, and who is true is God and His Word (John 17:17 where it mentions that the word is truth). Therefore, what the Bible considers a lie is something that goes against God and His Word.

So, is it necessarily about that one time you said “good morning” but didn’t really mean it? Would you be eternally condemned for saying you enjoyed the movie not to hurt your friend’s feelings? Most likely not. What goes against the Word is a lie that is met with serious repercussions. As we have read from provers and psalms, God abhors lies— distortions of His Word. The result of those who practice deception is not being able to enter into heaven.

Why is this so? The Bible contains prophecies concerning what God plans to do in the future. For example, within the Old Testament are prophecies of the savior, the Christ. One example of such a prophecy is found in Isaiah 9:6, “For unto us a child is born, unto us a son is given, and the government will be upon His shoulders. And He will be called Wonderful Counselor, Mighty God, Everlasting Father, Prince of Peace.” This was one of the hundreds of prophecies concerning the Messiah to come. A lie would be the distortion of such a prophecy. For example, many religious teachers in Jerusalem had distorted the Word by interpreting that the child would be a physical king. As a result of such misinterpretation, many of their followers did not believe in the One whom God had sent. If one did not come out to the Messiah, their sins would not be atoned for which would have let to an eternal punishment.

This is why lying is taken seriously because it can affect someone’s soul and their conclusion. Lying about God’s Word is the work of deception, or the work of the devil.

Within the Garden of Eden, the Lord God planted a garden in the east after He had formed man from the dust (Genesis 2:8-9). After this, God gave His Word to Adam saying, “You may eat freely from every tree of the garden but you must not eat from the tree of the knowledge of good and evil, for in the day that you eat of it, you will surely die.”

As we all know, Adam and Eve failed to listen to God’s Word, but not only this, they also listened to the other type of word: the serpent’s.

The serpent was more crafty than any beast of the field. This serpent starts talking to Eve, and finally lies to her by directly on the nose. The serpent distorts God’s Word and says, “You will not surely die.” As a result of this lie, Adam and Eve ate from the tree of the knowledge of good and evil, sin enters, and death and pain follows.

So, the next time we think about lies, it is important to place the world’s standard of what a lie is but rather establish the Word as the standard.

PrevPreviousDo You Know God’s Promises to Noah?
NextWhat Does the Bible Say About Money?Next
Scroll Up